« He released the man who had been thrown into prison for insurrection and murder, whom they asked for ; but Jesus he delivered up to their will » (Luke, 23 : 25).
I’m furious, because it’s unfair. Even if I know that God, with the death and resurrection of Jesus, overturned the things of this world to give us the possibility of hope, I can’t help being furious with human beings who continue to let terror and injustice reign.
Our human condition seems to breed injustice, to be « peccatore » – sinful – as Luther would say, and that makes me angry. Yet it shouldn’t. It’s a fact of life. Like wise people who, as they age, are not furious about it. I need to learn wisdom ! At any rate, that’s what the party-poopers say to make us feel guilty. I say no !
As far as I’m concerned, and I’m surely not the only one, I believe that injustice rings a bell with me, precisely because it’s hope, and resignation has not taken over.
So, as long as I’m furious to see that old man digging proudly in the garbage in my street, in order to survive, it’s that I’m a human being and I hope. So long as that absurd death of an ill child brings tears of hopelessness and pain, it’s that I’m a human being, believing there can be a new dawn. So long as the situation of that woman who is beaten and remains loving,brings me to make a fist from nameless fury, that I am still human, believing that God is also filled with rage, but but he restains me from fighting so that I will not be worse than that husband who has understood nothing about love. So long as … injustice touches me, it means that I believe that everything is still possible. No doubt Luther’s « simul justus » – in due time is guiding me.
In the heart of my human paradoxes, I know God continues to love me and trust me in sîte of the Judas or the Pilate in me. God hopes in me. Thus, may my anger live freely so that I can take action. 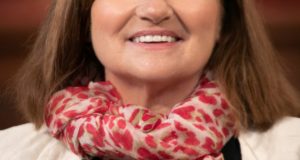